At what point is there no turning back in a relationship? You just feel like you’re done. Whatever you needed to learn from it has been learned. Wrong things have been repeatedly said, and your back has turned on the other person. You’re ready to move on and look back as little as possible.

I learned of the concept of the “threshold” some time ago as I participated in a series of group-learning workshops led by someone with an extensive background in counseling.

The context in which he initially referred to “crossing the threshold” involved his experiences leading couples counseling. Often by the time a couple reaches that stage, one of the partners has already breached the threshold of the other. Even though he or she may be going through the motions of working it out, it’s often over.

This particular counselor often observed that it was more often the wife who reached that breaking point first. “Then the husband wants to figure out how to win her back, but by then it’s too late,” he said.

That may not prove to be true of all couples in counseling. But many of us can think of a time in relationship (romantic or otherwise) when we were just done. Someone pushed a button, turned a screw, stepped on a toe, and poured salt in a wound just one too many times.

This can play out in all sorts of relationships, from professional and romantic to friendships and family.

Ironically, the counselor who taught me about the concept of the “threshold” inadvertently did so in part by crossing over mine. It soon became clear that part of his strategy seemed to be to try to aggressively push people’s buttons to see would what set them off. I would have felt more comfortable being challenged by him had I not had the unsettling feeling that he wasn’t coming from a completely heart-centered place.

After he was successful in making me very defensive in an early workshop, I did some channeled writing about the situation and why I reacted so strongly. Intuitively, it became crystal clear to me that this was someone who’d gone into counseling because they didn’t feel comfortable in social situations, who didn’t have a healthy sense of connection to many other people. So he pursued a career in order to better understand people (electing to interact chiefly with people in counseling settings in which he could maintain control).

While he’s aware of the concept of having empathy for others, he still doesn’t feel a lot after all these years. On some subconscious level, his clients may seem like lab rats to him. I could sense a certain smug arrogance when his poking and prodding had revealed something amusing to him about the human condition. He has a bullying streak.

The experienced reminded of this valuable wisdom from acclaimed poet/author Maya Angelou: “When people show you who they are, believe them.” 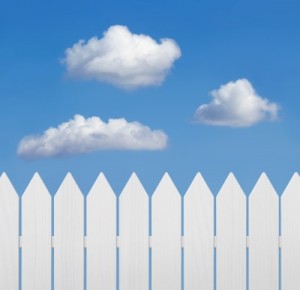 When someone crosses your threshold, you may not have the absolute freedom to end the relationship. You may have to continue interacting with them to some extent (in a family context or workplace, for instance).

In the case of those workshops, I’d already prepaid for them all. Instead of focusing on what might be deficient in the teacher’s heart or approach, I instead concentrated on learning as much as I could from his decades of experience – and I actually learned a lot.

Part of the training centered on establishing “rapport” in interpersonal and professional relationships through what you perceive about people through your senses and intuition. Once this teacher realized I had his number and would consistently deflect his attempts to provoke me, he actually told the group, “I may need to reestablish rapport with Brad.”

But it was too late. I was happy to learn as much as I could from him, but he had lost my trust in his compassion and intentions. He wasn’t getting too deeply inside my head. He had crossed my threshold.

On the last learning weekend, he told the small group, “You know I respect people who set their boundaries,” as he looked directly at me. I believe he was really talking to me specifically. He’d gotten used to getting away with a lot with people. But he’d learned I was not one of those folks.

I used to give folks a lot of passes if they violated my trust. And perhaps everyone deserves a second chance in many cases, but at a certain point, you have to decide where to set your boundaries. You can reflect on if they’re too strong or too weak with various people in your life. Are you being fair? Can you work it out?

Have I ever crossed someone’s threshold in my interpersonal relationships? Definitely! This was especially during my youth as I was figuring out people, even though I may not have always been aware of the where, when, and how of the last straw in our relationships.

People often don’t communicate very directly, so there can be a lot of perceived slights, misunderstandings, and annoying behaviors that accumulate. While they may only drop a subtle hint or two that you’re somehow getting on their nerves, mentally they can be keeping excellent score.

So it may be one big event that “crosses the threshold” (i.e. a cheating spouse). It can be a whole of little things.

If you pick up a hint about one of those things, instead of brushing it off as someone being too silly or sensitive, it can very be helpful to calmly address it in the moment, inquiring more deeply about how the other person feels. Once you hear his/her point of view, you may find that it’s an issue you can both begin working on immediately. Don’t wait for the blowup that sets off a laundry list of everything you’ve done wrong in the past six months.

In the recent past, I worked with a man through a series of Reiki/Hypnosis/Intuitive Life Coaching sessions. He mentioned that there was some marital stress, but he didn’t say how much. In intuitively reading his energy, I strongly heard the message that he was so close to crossing his wife’s threshold for good and didn’t even know.

At the end of that particular session, I gently shared with him the idea that he may be dancing on the edge of the threshold. Of course, I didn’t know for sure, until his wife later came to me for hypnosis, and she strongly confirmed what I sensed. Of course, I kept information from their individual sessions confidential, but by making them both aware of the idea of the threshold, their communication began to improve. And last I heard, they were doing better.

Just remember this: It’s never too late. Until it’s too late.