Reiki, defined in Japanese as “universal life force energy,” was developed by Mikao Usui, who was born in 1865.

While growing up, Usui (pronounced oo-soo-ee) attended a Tendai Buddhist school near Mt. Kurama. There, it’s been said, he began developing his understanding of life-force energy (known as “ki,” the Japanese equivalent of the word “chi”) through the study of Qigong and martial arts.

Some sources say that Usui found that the health and discipline of Qigong (called Kiko in Japanese) could sometimes leave him feeling depleted after giving treatments. So he began questioning whether it was possible to perform energy-based healing work without inadvertently giving away one’s own “ki.”

He wouldn’t learn the answer – that yes, such healing is possible – until much later in life when he gained the abiliity to easily access the high vibration of Reiki energy, after many years on a spiritual journey

Details about much of Usui’s life remain sketchy (because no biography of him was written during his lifetime). In the 1990s, researchers who traveled to Japan discovered that a long-accepted oral history of Usui in the West contained many inaccuracies (e.g. he had never been president of a Christian university).

They believe that he probably came from a family of means because he was able to pursue his education in Europe and China. Eventually, Usui became the secretary to the head of Japan’s department of health and welfare, a position that helped him become a successful businessman through the many connections he made. 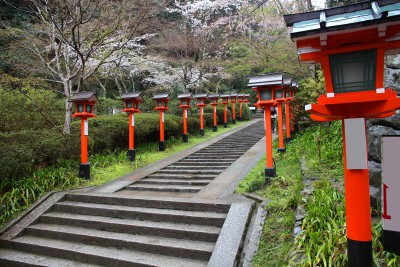 Seek and Ye Shall Find

By 1914 (sources vary on the date), Usui was experiencing significant life challenges, so he returned to Mt. Kurama, where he received his early Buddhist training, looking for deeper peace. By this point, he was a lay Tendai priest who drew upon Tendai Mikkyo, Shintoism, martial arts and Shungendo in his spiritual practice.

He enrolled in a training program at the Tendai Buddhist Temple at Mt. Kurama that included meditation and fasting.

Usui’s story goes that Reiki came to him at the very end of this 21-day program. While meditating on the mountain, he experienced intense light energy shoot through his head, greatly enhancing his connection to the Reiki vibration of energy.

His resultant spiritual growth revealed the nature of this gift – an easily awakened healing ability enabling people to treat others with life-force energy without diminishing their own “ki.” More importantly, he found it be a an effective means of advancing one’s own spiritual connection. 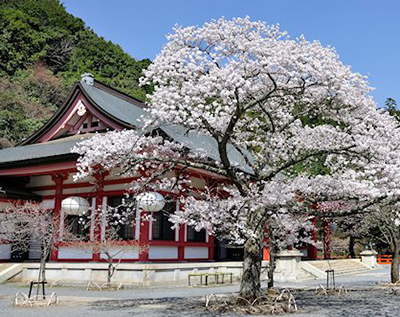 Some people believe that Usui rediscovered a healing method once known in ancient cultures such as Tibet and Egypt (although this has been subject to debate). Whatever the case ,it’s safe to say that this energy frequency is as old as the universe itself (even if humankind hasn’t always been aware of it).

A technique involving the laying-on of hands, Reiki works directly on the energy field (aura) surrounding your body as well as the life-force energy (or “ki”) flowing within it.

Coming from the Higher Power, Reiki exists on a different plane than electrical, chemical or other kinds of physical energy. It is spiritually guided to restore the harmonious flow of “ki,” directing healing energy to wherever someone has blockages (the God consciousness called “Rei” leads the “ki” to areas of disharmony).

Usui, who some sources say had dedicated himself to helping the poor in Kyoto for a number of years, formalized Reiki practice as part of his spiritual mission. In the early 1920s, he moved to Tokyo, where he started a healing society called Usui Reiki Ryoho Gakkai (meaning the Usui System of Reiki Healing) and opened a clinic.

His presence was of benefit in 1923 when the great Kanto earthquake devastated the city, killing more than 140,000 people and injuring countless others. He later earned the Japanese government’s Kun So To award for his honorable work.

He became known to his students as Usui Sensei. It’s been said by his students that Usui didn’t really set out to become a spiritual teacher. But that people were naturally drawn to him by his wisdom, charisma, and kindness, so he began to help more and more.

When Usui developed Reiki in Japan, he regarded it primarily as a process of spiritual development on the way to Enlightenment (or Satori) – with healing as a wonderful side benefit.

In traditional Japanese Reiki, there are five interconnected “pillars” of the practice: 1) Attunement (Reiju); 2) The Reiki Principles or Gokai (below); 3) Meditation techniques to build energy to quiet the mind; 4) Hand positions for treating the self and others; and 5) Symbols and mantras to deepen the connection to energy.

The Reiki Principles are:

Just for today, do not worry.

Just for today, do not anger.

Honor your parents, teachers and elders.

Show gratitude to every living thing.

After Usui’s sudden death from a stroke in 1926, the master teachers he’d trained carried on his work in Japan. One of his master students, Dr. Chujiro Hayashi M.D., had served in the Navy,

whose officers had once been trained in palm healing by Usui for use in first aid. As a doctor, Hayashi naturally focused more on the hand-healing side of Reiki, and this emphasis was brought to the West by his student, Hawayo Takata.

Takata was born in Hawaii in 1900 to Japanese immigrants. She learned of Reiki in her 30s, when she traveled to Japan to attend her sister’s funeral.

Having suffered from a gall bladder problem and other ailments, Takata decided to visit Hayashi’s Reiki clinic. After four months of treatments cured her, she decided that she wanted to learn Reiki and take it back to Hawaii to share with others.

Hayashi was reportedly relieved that Takata was spreading Reiki knowledge outside of Japan because there was concern that the practice could be perceived as some kind of opposing peace movement as that country entered World War II.

To avoid oppression, Reiki practitioners in Japan did lower their profile substantially as a result, and this pattern continued for many years until, to a signficant degree, this exported healing art was actually imported back from the West in somewhat adapted form.

After establishing several Reiki clinics in Hawaii, Takata began traveling to the U.S. mainland and other parts of the world to teach give attunements. She became well-known as a healer.

Even though she received her Reiki training in the late 1930s, she did not begin initiating Reiki masters until 1970. So that’s when this healing art really began to establish a foothold in America – when multiple teachers could add to the ripple effect of Reiki.

By the time she died in 1980, Takata had initiated 22 Reiki Masters who continued on with her honorable mission.

Takata elected to teach by an oral tradition, so information about Reiki was not presented in written format. However, it turned out that this wasn’t how it had been taught in Japan. The oral tradition was just her personal preference.

So in the years after her death, as they learned that the oral tradition wasn’t a Japanese requirement, Western Reiki practitioners began to publish books and articles. Word spread much faster as a result, and the practice of Reiki has continued to grow every day around the world. It is becoming widely known and researched by the medical community with many encouraging initial results.

Addition of the Chakras

When Usui first developed Reiki in the early part of the 20th century, Japanese culture didn’t think of the body’s energy system in terms of chakras (which include the body’s seven major energy centers as well as important secondary ones).

The Japanese focus was more on the hara between the naval and top of the pubic bone. This area includes a tanden that is the body’s center of gravity. There are also tanden at the center of the chest and just above the brow area that Usui emphasized as well.

However, the ancient understanding of the chakras (borrowed from yoga philosophy) has proven to be a valuable addition to the practice of Reiki around the world. Today, the way Reiki is most commonly practiced in Japan takes into account the importance of the chakras (three of which correspond with the three tanden locations).

There are occasional purists who say that because Usui didn’t think in terms of chakras in 1920s, we shouldn’t now. But Reiki, by its freely flowing nature, is the exact opposite of something remaining stuck or stagnant.

Keep in mind that our understanding of the human energy field (much of which still lies just beyond scientific measurement) only continues to grow.

As human consciousness and our collective vibration continues to rise, many healers believe that we will continue to be able to tap into higher energies. I’ve found this to be true of the La-Ho-Chi healing system that arose separately from Reiki (but in complementary fashion).

For more about Reiki, please read these other informative pages: